Whether it’s just a day trip, a weekend get away, or a full week in the sun, you’ll want to maximize the battery life of your camera to ensure you never miss a shot. Here are a few tips to help you out:
1. Bring your charger and extra batteries. This one is kind of a no-brainer. If you’re just headed out for a day trip, you can often get away without lugging along anything extra, as most camera batteries will probably last a full day of shooting. However, a weekend trip or longer will necessitate bringing along some extra juice. And don’t forget to charge your batteries a couple days before you go instead of waiting until you’re at your destination. Downside: they take up more space in your bag, the bulky chargers especially, making it impractical for weekend trips when you’re trying to travel light.
2. Have a backup plan. Before you go away, research the closest photography and electronics stores at your destination in case you need to run in for an emergency battery or charger. If traveling by car, also consider a car charger as a backup in case your main charger is lost, stolen, or broken.
3. Reduce the brightness of your LCD screen. This one is easy to do by adjusting the setting in your camera’s menu. Turn down the brightness of the LCD screen a notch or two or three to conserve battery power. Downside: the screen will be more difficult to see in direct sun.
4. Don’t use flash or use an accessory flash with independent power. If your camera has a built in flash that relies on the camera’s battery for power, turn it off or don’t use it as often as you normally would and opt for high ISO photos instead. If your camera is a DSLR or CSC type that can use an accessory flash with its own power source (like AA batteries), this is a much better option. Not only will you get more power and flexibility, you won’t drain your camera’s battery since the external flash is powered externally. Downside: photos will possibly be noisy or underexposed without flash. External flash means more bulk to carry around, including separate batteries and charger.
5. Adjust other camera settings to maximize battery life. If battery life is your main concern, don’t be afraid to be aggressive when setting your camera. Turn off fancy extras like HDR modes, iContrast, Auto Lighting Optimizer, D-Lighting, auto distortion correction, vignette correction, and other processing functions. If your camera is WiFi capable, make sure it’s turned off and not transmitting. Set your standby time to something relatively short — that is to say the time after which the camera goes to sleep when its inactive. Downside: you may have to adjust the manner in which you shoot to adapt to these settings being off or reduced.

6. If you have a DSLR, buy a battery grip. A battery grip not only provides a more comfortable position for vertical shooting, it also provides space to insert an extra battery for lengthy, uninterrupted shooting.Downside: more to carry around.
7. Shoot in single frame mode rather than burst mode. Shooting in single frame mode will prevent any accidental bursts from occurring should you inadvertently leave your finger on the shutter a split second too long in burst mode. The fewer frames you shoot and the camera has to process, the longer your battery will last. Downside: you might miss a moment.
8. Don’t review photos on the LCD screen after taking them. Hey, remember film? Sometimes you had to wait weeks to see what your photos looked like. Digital cameras have spoiled us a little bit. The LCD screen is the number one source of battery drain, so the less you look at it, the longer it will last. Wait until you’re near a power source at a coffee shop or back at your hotel before doing lengthy reviews of your images. Downside: the anticipation might eat you alive.
9. Turn the camera off when not in use. While many cameras can be set to automatically turn off or go to sleep after a pre-determined time, it’s best to get in the habit of switching the camera off as soon as you’re done using it and not relying on the camera to do so. Downside: you could miss a moment while waiting for the camera to power up.

Get out and start capturing those moments and bring the juice.
Posted by Unknown at 6:15 AM No comments:

www.dancemedia.org
I have owned my DSLR camera for 3 years now and it’s fast became the most popular photography method yet.  I have always been a fan of taking pictures and have really enjoyed owning a DSLR.  I have come up with a bunch of DSLR Photography Tips that I have learned over the years.
I always make sure that my battery is fully charged when I go out to take photos.  I also make sure to bring an extra memory card.  Most likely I won’t use up a whole card but it is nice to be prepared.
I like to put my camera in manual mode.  This does not mean manual focus.  I always keep that in Auto mode as a lot of photographers do. With manual mode I am able to change the ISO, shutter speed and aperture to what I need for my photo.

When I am shooting outside I like to keep my ISO at about 100-300.  It depends on how overcast it is.  I like to play around with it to find the right number to use.
When I am taking photos of small children, I like to have my aperture set to the lowest number possible.  Children move fast and need a fast setting on the camera in order to capture them.  I have found that if I use a fast setting I can get a better picture. 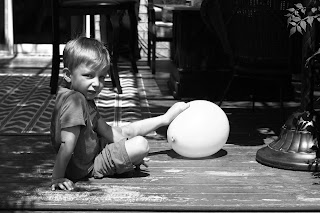 After I have figured out the ISO and the aperture, I am able to figure out the shutter speed.  I usually do things this way unless I am trying to capture a sporting event or taking photos from a moving car.  When I am doing that I make sure my shutter speed is really high and adjust the aperture from there.
I learned how to be a better photographer by practicing.  I take my camera out every day.  Sometimes I take photos of my own kids, other days I go on a nature walk.  It just depends on the day.  Any chance I have to take some pictures, I do it.
I have learned what I need to do for each setting.  I have learned about light and what it means when there is a lot of it and when there is not very much of it.  I have learned how to create the look that I want.
I can offer DSLR Photography Tips because I have taken the time to learn about my camera and how to take photos.  DSLR stands for Digital Single Lens Reflex.  In the past I had an SLR camera.  This is a film camera and where I learned about settings.
A DSLR is a little different from an SLR.  I have learned that it is easier to use a DSLR.  Film is great to work with but digital is a lot easier to use these days.  Digital is also good for when you are practicing.
I usually take at least 100 pictures a day.  If I was using film, it would cost me a lot of money.  With a DSLR I can just delete a bad photo.  With an SLR, every photo costs money, even if I don’t want to use it for anything.
I use three lenses with my DSLR.  I have a zoom lens and two primes.  I like my zoom when I go out and I am not sure where I will be taking pictures.  A day trip is a perfect example of that.  The zoom gives me flexibility that I can’t get with a prime lens.
I am more likely to grab one of my prime lenses if I know I will be outside.  I have an 85mm and a 50mm.  If I know I will not be in a small room to take photos, I would prefer using one of those lenses.  These two lenses won’t work as well in a small space.
Ideally I would like to have a 35mm for smaller spaces.  That way I would be able to use a prime in a situation where I would otherwise not be able to.  The prime lenses can be a bit sharper which is what I like about them.
I love that I only need one DSLR body and can use a lot of different lenses on it.  Lenses are cheaper than cameras and it is nice to change them out based on my needs.  I can take a lot of different photos based on the type of lens that I use.

I am so glad that I am able to offer DSLR Photography Tips.  I think a DSLR is a great item to have.  I love hearing when others want to learn about how to use one.  I don’t like to hear when people buy one and never learn what it does.  I think it is worth everyone’s time to learn the right way to use one.
Get out and start capturing the moments.
Posted by Unknown at 6:06 AM No comments:

Take perfect people shots with our handy tips and tricks Whether you are taking a family portrait, or just snapping shots of your friends, people shots are a popular genre of photography. They can help you preserve precious memories of your loved ones to cherish forever, so it is important to get them right and show you subject at their best. How to light your subject and tricks for composing your shots. In the meantime, here are a few basic tips to get you started…
Set your aperture
Using a wide aperture (low f-number) will create a shallow depth of field in your shots. This will blur the background to make your subject stand out in the frame and eliminate any distractions behind them. Just make sure that all of your subject is in focus, as if your aperture is too wide then it could blur the edges of their face.
Get the light right
Think about the position of your subject in relation to your light source. If the light is behind them then they will appear underexposed in your shots, with the detail in their face lost in the shadows. You may wish to reposition your model to that are lit from the front or you could use your flash to fill in the missing light.
Get a flattering angle
Shooting from a high angle or at eye level will produce the most flattering results for your photos. A low angle shot can accentuate the nostrils and chin which will not represent your model at their best. You can also experiment with getting your subject to look back at the camera over their shoulder, or perhaps not look at the camera at all for a more candid shot.
Posted by Unknown at 1:52 PM No comments: